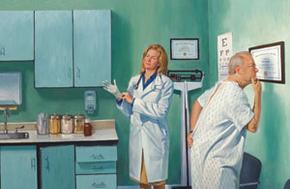 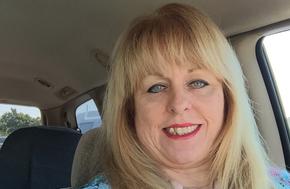 with over 35 years experience   and having given more than 60,000colon hydrotherapy treatments, my knowledge and experience makes me the right choice for guiding you in your cleansing and detox goals.

*So i can help you prevent constipation

*So I can help your body's absorption of vitamins and minerals

THE POWER OF OUR EXPERIENCE

...Peggy is one of just a handful of international Colon Hydrotherapy instructors.

...Peggy have over 40 years experience and Susan 10 years.

...Your getting multiple alternative therapies included with each session at no extra charge!

​...We are with you during your entire session giving you 100 percent of us.

I started the Walla Wellness Center while raising four young children.  It was my own amazing journey of transformation and healing that led me to helping others fulfill their healing goals through cleansing and rebuilding their health.  I am dedicated to giving my best always!

And 43 years later I am still full of energy and loving life.   When I was 19 years old I had my first Pap test which came back pre cancerous.  They froze the living of my vaginal area and hoped that would destroy the bad cells.  Six months later I went back for a check up and my Pap test showed the pre cancer cells were back with a vengeance.

Needless to say I was shaken up over this news but I had hope, and it was in the form of three chance meetings I had with adult women years earlier.  In 7th grade, as I walked home,  a lady I did not know, was watering her front lawn.  She approached me and started sharing how she healed herself of cancer by getting a series of colonics.  I politely listened but wondered why she would share her story with a 12 year old girl she didn't know.   A couple of years passed and I was at a garage sale with my father and two sisters when the lady who was holding the sale started telling me her story about how she had can and now it's in remission due to getting colon hydrotherapy.   I listened more intently and interested this time and asked questions about  what colon hydrotherapy was and how does it work.  Her eyes widen and she shared her story with me.

When I was 18 standing in line at the market to pay was my 3rd encounter with a woman who shared her colonic story with me.  So when the doctor told me the grim news the first thing that came to my mind was "I need to find a colon hydrotherapist and get some colonics."  I often wonder if those three women  were angels or did angels whisper in their ears to tell me their story.

I figured, who best to know about a naturally healthy thing to do than a health food store.  So I found one and inquired.  The lady at the cashier counter asked, "who sent you?"  I replied, "no one, but I just found out I have an abundance of pre cancer cells growing in my vagina and I didn't know where else to look and thought a health food store might help me."  She seemed relieved as if she thought I might be some kind of federal agent and realized I wasn't.  She looked around as if to see if anyone was in earshot and then whispered "I have someone who can help you.  Come with me."  She led me into the back storage area and to a room.  She knocked and spoke.  "I have someone here who wants a colonic." She said.  Out came a elderly gentleman who led me into his room and asked me to disrobe and put a gown on.  No questions, no questioner to fill out just change and lay on the table.  This was totally new and scary being the situation but I trusted my gut and those three women, maybe angels, that this was going to heal me.

The deep massage he did on my abdomen felt good but as the waste came flowing out it was a bit uncomfortable.  He poured the contents of a bottle of brown liquid into the tubing that led into my rectum.  He said it was catnip tea and it would help me.  He never asked questions and preferred I lay quietly during the colonic hydrotherapy session.  About 40 minutes later It was over.  I dressed, thanked and paid him and left feeling worse than I need when I went in.  Two weeks later I still felt bad.  Friends told me I was crazy that I did that.  But in my logical mind I felt like he stirred up toxins and I needed to get more to feel better.  I went back to the health food store and he was no longer there.

I started taking herbs to cleanse my body and found a chiropractor who gave colonics.  I was not going to give up.  He did an adjustment before the colonic session and talked. Not about my health but about religion.  I had questions I wanted to ask him about the best course of action to take regarding my health and how to make ME better.   Unfortunately, even the religious talk didn't make sense to me and he kept repeating the same thing over and over and over.  I didn't go back but later found out he had stopped working, I think, partly due to early onset Alzheimer's .

I found another person, older man of course but wise and continued to get colonics until my energy and happiness and health came back. You see, they are all connected.     After that I wanted to help other people with their health needs so I made up my mind to be a colon hydrotherapist specialist.  Life took another direction and by the age of 31 I had four small children to look after and instead of cleaning the internal body I cleaned the inside of houses and boats.  Their were no classes or schools that taught colon hydrotherapy and cleaning allowed me a more flexible time schedule than being a full charge bookkeeper, which I was. The irony of it all when looking back that even as a bookkeeper I was cleaning.  Cleaning up people's books.

I went back to college and became a dietitian.  It was the closest thing, in my mind to being a natural healer. Boy was I wrong.  Working in the hospitals following the doctors prescribed eating protocol was tough and at times seemed counter productive.  After all, where were the green vegetables? The fresh green juice? The natural herbs and the colonics?  Every time I suggested or question anything I was reprimanded.  I was not happy.  This was not what I expected or wanted so I found a place that gave colonics near my home.

This was my journey to become the best Colon Hydrotherapist ever!   And I am, to my knowledge.